Effective January 1, 2023, a new Illinois law will allow hunters to use centerfire, single-shot rifles in certain calibers for deer hunting. Administrative rules are still being developed to accommodate the new law. 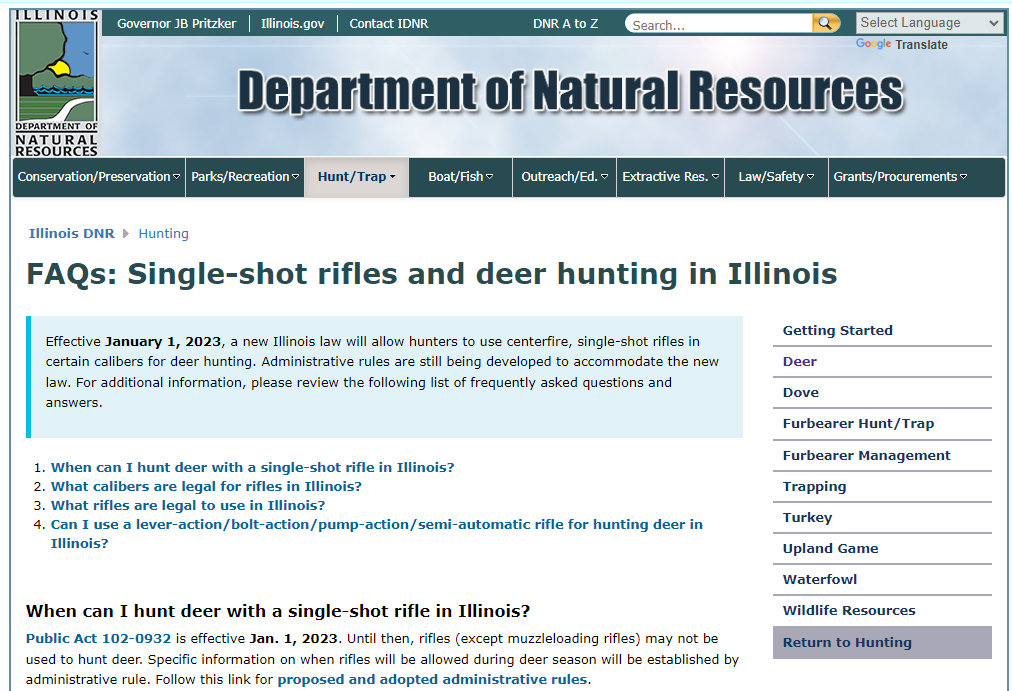 What rifles are legal to use in Illinois?

Effective Jan. 1, 2023, single-shot rifles may be used to hunt deer in a caliber meeting the law’s criteria.

“Single shot” means a gun that is either manufactured or modified to only be capable of holding a total of one round in the magazine and chamber combined.

“Single shot” does not include a rifle in the possession of a person who is also in possession of or in close proximity to a magazine that would allow the rifle to be capable of holding more than one round or a revolver.

A rifle shall be considered a single shot if there is no magazine in possession of or in close proximity to a hunter in the field and the gun can only hold a total of one round. (copied from DNR FAQ)